Artists I admire and gave me hope. I’ll add artist as i go 🙂

Jim Hunt – I Love his cartoon style, very comical and funny, I’ve like this guy for years, I actually won an Autograph Picture/Drawing a couple of years ago using a picture of one of his cartoon on a computer screen. Jim Hunt 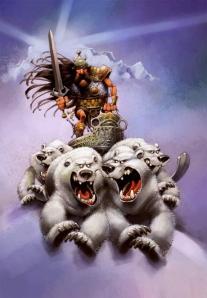 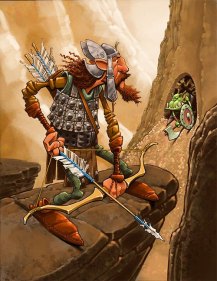 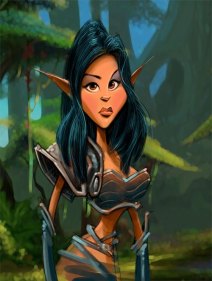 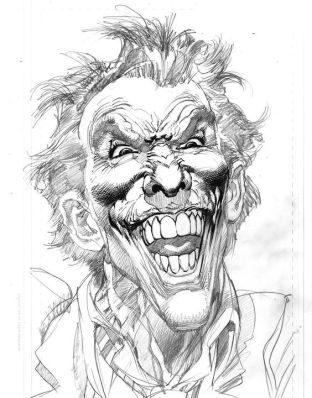 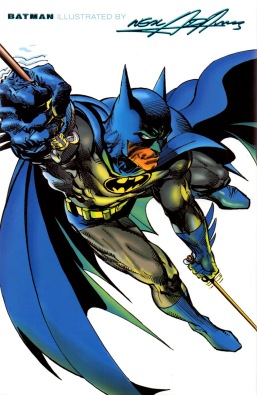 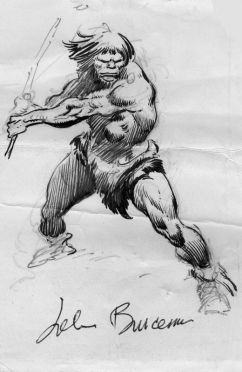 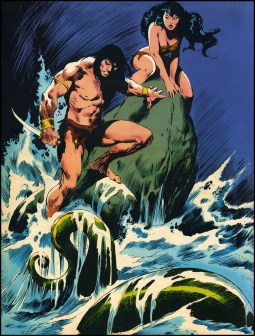 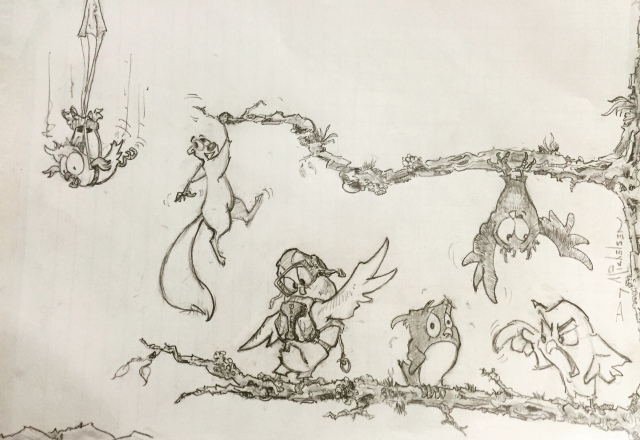 Frank Frazetta – An Artist I’ve admire (Idolize) since grade school and influenced me in the art world which you see a little of his style in my cartoons and always be my favorite, I’ve talked to Frank Jr at UT Comic Con – FF RIP      Frazetta Museum  or  Frazetta Girls 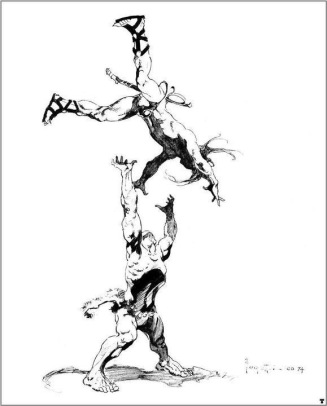 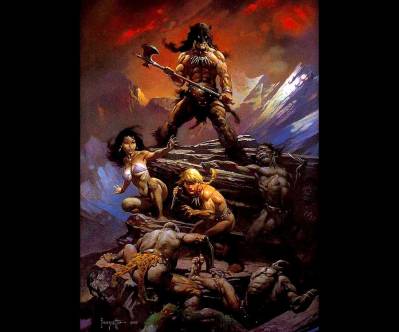 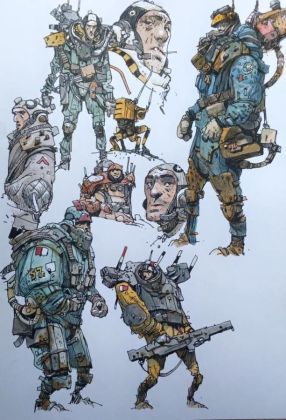 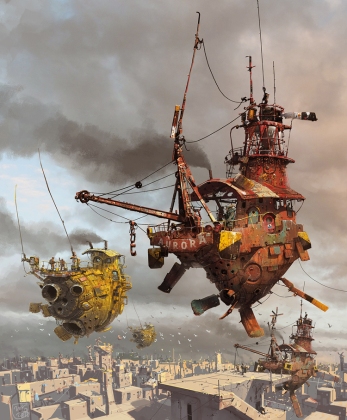 Disney – I was a Disney Cartoonist / Modeler (Sculptures/Nick-Naks etc.) my jobs was to draw the caricatures and we put them into clay figurines, fired them and paint them and fired again, at that time we worked on the Snow White and the Seven Dwarfs (It came back in theaters and VHS Up dated versions-enhance Colors which is why we did Snow White) and Mickey/Minnie Mouse and others. at this time, I was looking into Cal Arts to go to School or Kubert School of Cartooning. I aways wanted to be an Disney Animator or DC or Marvel Comic Penciler.

Little about my favorite Disney Animators:

Disney’s Nine Old Men (Below) with a little bio – I’ve never met the 9 old men but I wish I had, I’ve studied The Illusion of Life: Disney Animation during my animation career which helped me under stand how Disney Animators work and I also learned about animation more, its a book to read, my favorite animators – Ollie, Milt and Frank (3 I admire the most) and of course Walt Disney which I did meet Roy Disney Jr at Disney Studios in California. below is a short Bio on the 9 old men, you can find there bio anywhere on the internet if want to learn more on the animators.

1 -Les Clark (November 17, 1907 – September 12, 1979), who joined Disney in 1927. His specialty was animating Mickey Mouse as he was the only one of the Nine Old Men to work on that character from its origins with Ub Iwerks. Les did many scenes throughout the years, animating up until Lady and the Tramp. He moved into directing and made many animated featurettes and shorts.
2 -Marc Davis (March 30, 1913 – January 12, 2000) started in 1935 on Snow White, and later he went on to develop/animate the characters of Bambi and Thumper (in Bambi), Maleficent, Aurora and the raven (in Sleeping Beauty), and Cruella de Vil (in One Hundred and One Dalmatians). Davis was responsible for character design for both the Pirates of the Caribbean and Haunted Mansion attractions at Disneyland.

3 – Ollie Johnston (October 31, 1912 – April 14, 2008), who joined Disney in 1935, first worked on Snow White. He went on to author the animator’s bible The Illusion of Life with Frank Thomas. His work includes Mr. Smee (in Peter Pan), the Stepsisters (in Cinderella), the District Attorney (in The Adventures of Ichabod and Mr. Toad), and Prince John (in Robin Hood). According to the book The Disney Villain, written by Johnston and Frank Thomas, Johnston also partnered with Thomas on creating characters such as Ichabod Crane (in The Adventures of Ichabod and Mr. Toad) and Sir Hiss (in Robin Hood).
4 – Milt Kahl (March 22, 1909 – April 19, 1987) started in 1934 working on Snow White. His work included heroes such as Pinocchio (in Pinocchio), Tigger (in The Many Adventures of Winnie the Pooh), Peter Pan (in Peter Pan), and Slue-Foot Sue (in Melody Time) and villains such as Madam Mim (in The Sword in the Stone), Shere Khan (in The Jungle Book), Edgar the butler (in The Aristocats), the Sheriff of Nottingham (in Robin Hood), and Madame Medusa (in The Rescuers).
5 – Ward Kimball (March 4, 1914 – July 8, 2002) joined Disney in 1934. His work includes Jiminy Cricket (in Pinocchio), Lucifer, Jaq and Gus (in Cinderella), and the Mad Hatter and Cheshire Cat (in Alice in Wonderland). His work was often more ‘wild’ than the other Disney animators and was unique. In 1968 he created and released a non-Disney anti-Vietnam War animated short, Escalation.
6 – Eric Larson (September 3, 1905 – October 25, 1988) joined in 1933. One of the top animators at Disney, he animated notable characters such as Peg in Lady and the Tramp; the Vultures in The Jungle Book; Peter Pan’s flight over London to Neverland (in Peter Pan); and Brer Rabbit, Brer Fox, and Brer Bear (in Song of the South). Because of Larson’s demeanor and ability to train new talent, Larson was given the task to spot and train new animators at Disney in the 1970s. Many of the top talents at Disney today were trained by Eric in the ’70s and ’80s.
7 – John Lounsbery (March 9, 1911 – February 13, 1976) started in 1935 and, working under Norm ‘Fergy’ Ferguson, quickly became a star animator. Lounsbery, affectionately known as ‘Louns’ by his fellow animators, was an incredibly strong draftsman who inspired many animators over the years. His animation was noted for its squashy, stretchy feel. Lounsbery animated J. Worthington Foulfellow and Gideon in Pinocchio; Ben Ali Gator in Fantasia; George Darling in Peter Pan; Tony, Joe, and some of the dogs in Lady and the Tramp; Kings Stefan and Hubert in Sleeping Beauty; The Elephants in The Jungle Book; and many others. In the 1970s, Louns was promoted to Director and co-directed Winnie the Pooh and Tigger Too and his last film, The Rescuers.
8 – Wolfgang Reitherman (June 26, 1909 – May 22, 1985) joined Disney in 1935 as an animator and director. He produced all the animated Disney films after Walt’s death until his retirement; In the 1950s, Reitherman was promoted as a director. He also directed a sequence in Sleeping Beauty which featured Prince Phillip’s escape from Maleficent castle and his eventual battle against her as a terrible fire-breathing dragon. Some of his work includes Monstro (in Pinocchio), The Headless Horseman (in The Adventures of Ichabod and Mr. Toad), the Crocodile (in Peter Pan), and the Rat (in Lady and the Tramp).
9 – Frank Thomas (September 5, 1912 – September 8, 2004) joined Disney in 1934. He went on to author the animator’s bible The Illusion of Life with Ollie Johnston. His work included the wicked Stepmother (in Cinderella), the Queen of Hearts (in Alice in Wonderland), and Captain Hook (in Peter Pan). Frank also was responsible for the iconic spaghetti scene in Lady and the Tramp.

Since we are talking about animation, this book is also a good read – The Animator’s Survival Kit: A Manual of Methods, Principles and Formulas for Classical, Computer, Games, Stop Motion and Internet Animators, which I’ve studied as well. (Animators Bible-Traditional)

Favorite Animators: add as i go